Factors to Consider When Shopping for the Best Samsung Security System 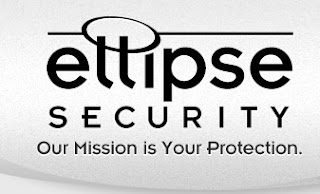 Keeping your home or commercial premises secure at all times is essential. Samsung has designed a variety of high-tech security systems meant to be used in both commercial and domestic applications. Before you go out and purchase a Samsung security system, it is important that you familiarize yourself with some important factors.

Read on below to find out some of the main considerations to keep in mind when shopping for a Samsung security system.

Before buying any security system, it is important to think about how compatible it is with other technologies and accessories. It is recommended that you look for a system that is compatible with a variety of viewing and control devices including visual display units and smartphones. Furthermore, the system should support the use of accessories including cameras from different manufacturers. Note that the Samsung security system is designed to be compatible with PTZ cameras; while viewing on a variety of mobile devices and computers is also supported.

Before buying a Samsung security system, it is important for you to first consider the supported frames per second. This affects whether the system can be able to record motion video or still images/frames. A DVR system that is able to record 60 frames per second, designed to support four channels will deliver standard motion video where two cameras are connected; each feed getting 30 FPS. However, where four cameras are used, each feed gets 15 FPS; which does not support motion video. Be sure to choose a Samsung security system with the FPS needed to support the number of cameras to be used in mind.

The storage device in use is a vital part of a security camera system. Although storage space is not as expensive, it is important to ensure that you have all the space you need, at present, in the Samsung security system you choose. Furthermore, remember that the video compression technology used to store the video has an effect on how quick the storage space will be exhausted.

With the above factors in mind, you will have a better chance of choosing the most suitable Samsung security system for the intended application.