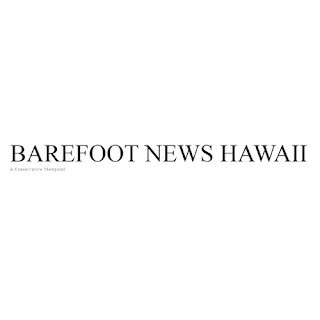 Hawaii’s economy is doing better than expected. The latest report from the University of Hawaii Economic Research Organization (UHERO) published this week, estimates thousands more visitors and tens of thousands more jobs in the islands by the end of the year. In their forecast, the UHERO indicates adding another 20,000 to 25,000 jobs in 2021. While the report says a full recovery is still several years away, Hawaii’s economy is on the upswing. Get more information about  The Latest News On Hawaii

All but two states remain down from their February 2020 employment levels as of December 2021—with 33 states still experiencing worse job loss than in the Great Recession. The country as a whole is also down more jobs than in the Great Recession, with employment reduced by 9.9 million jobs. Overall, nearly one-in-five Americans (17%) say they have lost their job, as a result of the Coronavirus outbreak, and about a quarter of Americans (23%) say they had to take pay cut due to reduced hours or demand for their work; 10% of Americans say they experienced both a pay cut and job loss. About one-in-five Americans say someone else in their immediate household lost their job (18%) or lost wages (22%). In total, 43% of Americans say they, or someone in their household has lost a job or wages.

Of the 9.9 million jobs lost, Hawaii accounts for just over 58,000 of these jobs. During the fourth quarter of 2020, the number of Hawaii’s civilian unemployed averaged 72,650 people, an increase of 56,000 people or 336.3% from the same quarter of 2019. In 2020, the number of Hawaii’s unemployed increased 58,300 people or 322.7% from the previous year. Of the Hawaii population who remain employed, roughly 23-25% have experienced wage reductions. Those who did not experience wage reductions have only managed to do so by miraculously finding other primary and secondary jobs.

The hardest hit economic sector is the leisure and hospitality sector on which Hawaii has been reliant for decades. The coronavirus in Hawaii caused unemployment primarily to the leisure and hospitality sector. Hawaii’s unemployment will be significantly lessened should the UHERO report prove correct and 20,000 to 25,000 jobs would be added by the end of 2021. The number of the states’, residents experiencing wage reduced employment will also be lessened by the return of economic stability and continued employment.

Following over a year of pent-up coronavirus induced fear and frustration, Americans returning to normalcy will have an increased desire to travel. There have surely been hundreds of locked down promises made to get back to traveling when this is all over. At first, this travel will most likely be domestic United States interstate travel, given that the rest of the world ma still be more severely locked down than the United States. You have those bold Americans who will immediately dive right in and venture far away from the mainland; however, most Americans may be more cautious and only stick a toe or two into the vacation pool.

Most Americans will likely elect to remain closer to home and more plentifully available assistance in the event something goes wrong. This cautious approach, plus the unpredictable trends associated with emerging, more contagious coronavirus variants will cause Hawaii’s leisure and hospitality industries to recover more slowly than the same industries in Orlando and Las Vegas. Right now, Americans thinking about vacations are not thinking about far-away Hawaii but are instead thinking about Disneyland and Sin City or the vacation spots in closest proximity.

Hawaii’s leisure, hospitality, and transportation industries would be prudent to
promote travel here and to offer special discounts well before this state’s projected reopening. The return of the tourism also means one more prudent preparation. That preparation is supporting a state tourism population up to 10 million annually; all of whom are potential coronavirus patients. This worry does not mean Hawaii should be afraid to try, nor afraid to reopen. It means to embrace perpetual pandemic preparedness, alongside perpetual leisure, hospitality, income, and ultimately revenue and recovery.