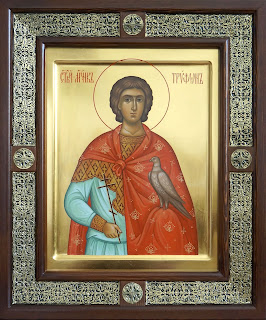 “To generate a great icon, the icon-painter need to adhere to ancient methods. In old times, the classic background for icons was gold leaf or silver leaf. Gold being highly-priced, icon-painters often used basic paints that had been low-priced and produced of natural ingredients. In the poor village churches of Russian North, all the backgrounds have been performed with paints of pretty light color. ‘Fon,’ the Russian for background, is not a Russian word. Our icon-painters named it ‘the light’. Priming for the panel was produced of sturgeon glue, also an incredibly highly-priced material. Properly, in old instances icons were not cheap… “ (Father Zinon) Get more information about  www.st-alipy.ru

Icons are religious photos painted on wooden panels, normally made of linden or pine wood. Their production is often a extended and complex process. A layer of linen cloth soaked in sturgeon glue is put around the panel. The ground is made of chalk mixed with fish glue. This is gesso. Up to ten layers with the gesso are applied more than the cloth, or pavoloka . An outline on the composition is incised on the gesso using the point of a needle, frequently determined by an icon-painting manual.

To prepare tempera paints, mineral pigments are mixed with water and egg yolk. The common minerals are cinnabar for reds, ochre (iron oxide) for yellows and lapis-lazuli for blues. Organic minerals give transparency to colors. Transparency is key in producing the impact of luminosity in icons. Light and dark tones of different thickness are brought one on major on the other, layer immediately after layer. The white ground reflects light falling on its surface back by way of the semi-transparent tempera. The effect is the fact that of inner light radiating in the image.

Soon after painting is performed an icon is varnished with boiled linseed oil, olifa. Russian artists added amber to their olifa. The linseed-amber varnish protects icons from scratches and gives them a deeper tone. But, after numerous years in a wood-heated church or inside a candle-lit ‘red’ corner of a peasant hut, the varnish becomes quite dark and obscures the image. In the early twentieth century, to clean the old varnish off the icon surface, restorers used fire to soften the olifa. They place just a little alcohol around the surface of an icon and set it on fire. A restorer then was able to scrape off the olifa varnish and clean the icon.